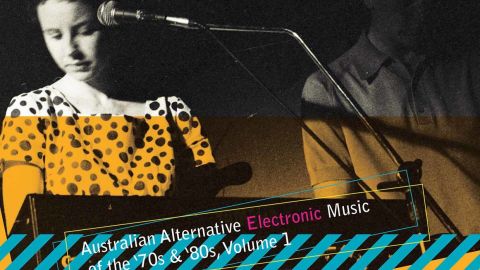 When affordable synthesisers hit the market for the first time at the end of the 70s, it sparked a sonic revolution. The sound of the future was now available to everyone, not just well-funded prog groups, and it produced a generation of artists who forged a new type of electronic music.

Yet while British bands like The Human League and OMD were pioneering the synth pop sound that would dominate the airwaves for much of the 80s, a less well known yet similarly fertile electronic music scene was developing in Australia. Closed Circuits documents this scene, highlighting, as the sleeve notes say, “people using technology to produce something fresh”. While Cybotron, Australia’s answer to Tangerine Dream, produced synth-driven outback kosmische during the 70s, these bands brought a more post-punk sensibility to the way they interacted with their machines. Here, the synthetic and the organic rub up against each other to often disquieting effect.

The Metronomes’ A Circuit Like Me pits a naïve Kraftwerkian melody against a semispoken female vocal, a human voice mimicking a computer while the electronic instruments yearn to come to life. The Dugites’ Waiting and Karen Marks’ Cold Café occupy similar territory, a powerful but restrained female voice against minimal synth accompaniment. Elsewhere, the electronic textures are more abrasive, such as Bring Philip’s proto-industrial Fire Truck or The Limp’s convulsive Outer Space Moth. The excellently named German Humour create the gothic futurist pop of A Young Man’s Old Girlfriend using drum machine and piano, while Jules combine throbbing electronics and crunching guitars on Rock Rock Daddy. Best of all is And An A’s Affirmation, new wave electro funk that mixes lonesome harmonica with Fairlight stabs.

Not every experiment is successful, but fans of retro futurism and electronica will find much to love in this celebration of synthetic subversion.