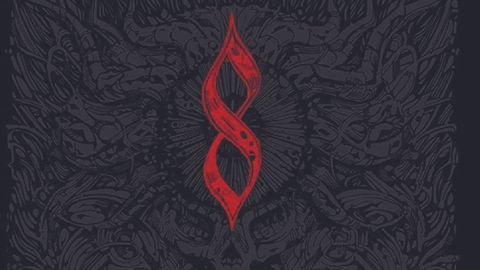 Electric Wizard might have pioneered the crossover between black metal and space rock, but Italian trio Ufomammut take the form to its logical conclusion on 8. Comprised of, yes, eight songs, it’s best considered as one suite of ear-pummelling, cosmos-bestriding music, as not only are there no gaps between the tracks, but each song builds on the other, with new riffs tested and assembled like cogs in some infernal engine. Opening track Babel sets the template, massive drums followed by an assault of interstellar guitars and monster bass, while roared vocals and crackling electronics lurk around the edges – it’s as though a vast ship is ripping a jagged hole through hyperspace. Warsheep and Zodiac maintain the intensity, then Fatum establishes a hammering-at-the- gates-of-oblivion groove with mantric vocals that recall Om. Womdemonium offers Sabbath-ian churn in the middle of a laser battle, before Psyrcle brings the suite to a close with a fanfare of synth and looped devotional vocal that delivers the album’s proggiest moment. 8 is less a journey into the void and more like being strapped to the nose cone of a rocket hurtling straight for the heart of the sun.