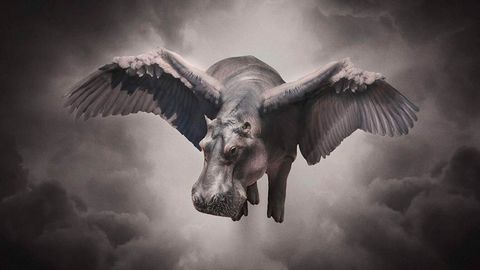 In a world where the amount of attention that you receives depends on the extremity of your opinions, there are few takes colder than the one declaring that “rock is dead”. Utter nonsense. Rock, metal and virtually all forms of modern music have entered an explosive new era where traditional instruments and technology have collided with exhilarating results, thanks largely to visionary creatives like Tom Morello.

The former Rage Against The Machine guitarist has created a body of music erupting with bold ideas, fiery lyricism and his inextinguishable passion for rejecting all manners of status quo. And he’s impossible to pin down. In the wake of RATM’s rap-metal insurrection, Morello would indulge his stadium rock ambitions with Audioslave and his inner Springsteen in a series of solo albums as The Nightwatchman. In 2016 he co-founded the RATM/hip hop supergroup Prophets Of Rage, and along the way he’s worked with the likes of Linkin Park, Anti-Flag, Rise Against, Springsteen and others. Beyond his insta-recognisable riffs, what unites these projects is an aggressive refusal to compromise any aspect of his art. He believes what he believes, he plays what he plays and he doesn’t give a flying fuck what you think.

Which brings us neatly to The Atlas Underground, a glitzy showcase of Morello performing with a wide array of colleagues from the worlds of hip hop, EDM and pop, including Marcus Mumford, Big Boi, Gary Clark Jr and Steve Aoki. At first pass, the album feels like a shiny gaggle of ultra-polished pop songs. Repeated spins, however, reveal a stunning range of depth. Battle Sirens, the instrumental opener, starts out with punchy Rage Against The Machine-style riffing but when the synths kick in at about 1:40, you understand that we are time zones away from 90s rap rock. That said, his unmistakable riffing dominates belters like Roadrunner while on tracks like Where It’s At Ain’t What It Is, he uses his guitar to coax a spectrum of scratches, pulses and bright dynamics.

Not everything lands. Find Another Way is the kind of earworm you’ll spend days trying to extinguish but overall, the material is ambitious and intoxicating. Highlights include the supremely groovy Lucky One, with vocalist K Flay channelling the smoky sensuality of Wolf Alice and delivering a wickedly addictive chorus. Also worth noting is How Long, a taut, pulsating jam featuring Steve Aoki and Rise Against’s Tim McIlrath and Vigilante Nocturno, a quirky instrumental that recalls Morello’s 2001 collaboration with The Crystal Method.

The biggest risk here is not that people won’t like it; it’s that people won’t really care, and for a provocateur, indifference is the worst kind of response. That would be a shame because these songs are absurdly well-crafted and hooky as hell. You’re reading this in Metal Hammer so know that there’s zero metal on this album and if metal is all you enjoy, then you won’t find anything here to like. But any fan of Tom Morello’s past projects or anyone with a mind open enough to absorb new ideas and to maybe expand their worldview will find a rich trove of new sounds, textures and ideas. Set aside everything you think about music and give this a shot.

FOR FANS OF: Run The Jewels, The Prodigy, The Chainsmokers