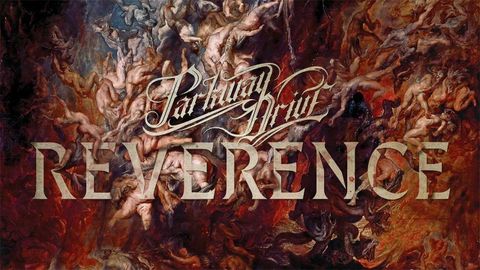 One of the things that often gets overlooked when you consider the biggest bands of our world is how the risks and stylistic sharp turns they took ended up paying such huge dividends. Whether it was Iron Maiden bringing in Bruce Dickinson to give them the bombast and grandeur their early material lacked, or Metallica embracing hard rock on the Black Album, a willingness to challenge yourself is a hallmark of so much of what makes metal the most exciting and eclectic tribe in music.

It’s important to consider this when tracing the path that Parkway Drive have chosen to travel. 2015’s Ire came as a shock to many, especially when they first heard the galloping singalong of opening single Vice Grip – which, ironically, is now considered a genuine anthem. Still, most people accepted it was a dice that needed to be rolled as the walls closed in on what could be done within the confines of metalcore, a decade after the genre came to commercial prominence.

Now Ire’s follow-up, Reverence, has arrived, it feels like Parkway Drive have already done much of the heavy lifting – the band could essentially have delivered the same again and still remained ahead of the curve. It’s to their credit, then, even though Reverence won’t raise as many eyebrows as Ire did, that Parkway are still keen to stretch the boundaries of their music. So, while opener Wishing Wells takes old-school melodic leads and melds them with Winston McCall’s newfound darker, cleaner and more grizzled vocal range in a song that would have fit perfectly on Ire, there are enough moments here where the band are evidently still keen to experiment. There are the folky strings on the slow and sombre Cemetary Bloom and the arcane doom chants that underpin I Hope You Rot that come with a whole set of black metal vibes, but most impressively of all there is album closer The Colour Of Leaving. When justifying Parkway’s change in sound previously, Winston was at pains to point to his love of dark troubadours Tom Waits and Nick Cave, and here it is manifested in what is clearly a deeply personal, pitch-black lament that is a wholly different strand of heavy to breakdowns and mosh calls. Whether this is what you want from Parkway Drive or not is an entirely different conversation, but you have to applaud any band willing to accelerate away from their comfort zone at such a compass-spinning tangent.

That being said, if you are worried about a lack of metal in Reverence then songs like Absolute Power and Prey will allay those fears. The latter is full of the thick, juddering, Rage Against The Machine-style grooves that made Crushed on Ire so popular, and the former swaps the Iron Maiden gallop and leads of the last outing and replaces them with the stomp and swagger of Black Album Metallica. In fact, the tone and pace of much of this album is eerily reminiscent of the album that turned Metallica into the biggest metal band of them all. We’re not suggesting that Reverence will pop in quite such a way, but, with an album that will doubtless continue their relentless march towards metal’s upper echelons, expect Parkway Drive to reap the deserving rewards of their sonic gambling.