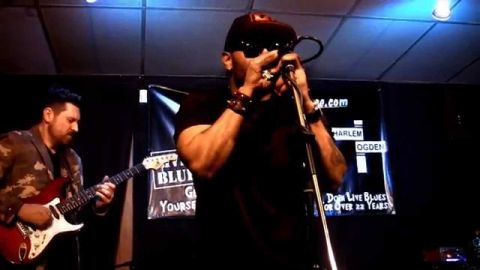 At the age of 42, Omar Coleman is youngish, but his tastes aren’t. He looks up to Chicago predecessors such as the Sonny Boys and Junior Wells, and his material, though nearly all composed by him, takes familiar blues shapes and patterns – sometimes, perhaps, to his disadvantage.

Tryin’ To Do Right, Slow Down Baby and Sit Down Baby (not the Otis Rush number) are songs that not only have unimaginative titles but which also run in well-worn grooves. He shows in other compositions that he can write more originally, and he should push himself to do so all the time. That said, this album – his first, though he was on a Severn compilation of Chicago harp-players some years ago – should please admirers of the people he admires. His four-piece band are solid, and there are guest spots by guitarists Mike Wheeler and the excellent Toronzo Cannon.