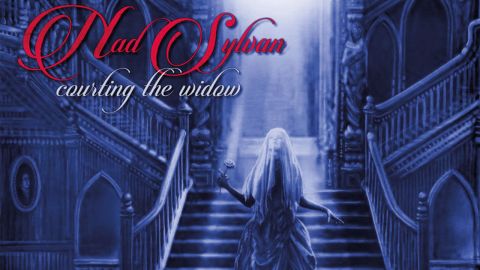 Somehow he demonstrates that it’s possible for a record to sound like heyday Genesis without actually ripping off that material, and this exquisite epic is an unabashed treat for those of us who’ve been going cold turkey since… well, since the last outfit bold/crazy enough to take on that titanic template. It’s clearly the work of a fan, but one with the chops and contacts to pull off the improbable.

One must emphasise – it’s not a case of someone photocopying the rare emotional push and pull of that golden music; rather it’s someone 3D-sculpting their own version/vision of its majestic moves. No track or section lazily resembles any Genesis piece, but as a whole, the feel winningly evokes their curious, yearning melancholy. Again, we’re not talking ‘Gabriel period’ or ‘Collins period’ – this is akin to a collage of the unit’s prolonged creative peaks (although we can probably cite Duke as a cut-off point).

This album is an exquisite epic and an unabashed treat.

Working with Hackett must have given Swedish singer Sylvan unique insight into that music from within the carousel’s centre. Given the impetus, he’s run away with it. Vocally gifted, imaginative and ambitious (playing guitar and keyboards too), he’s conjured up alternately surging and serene sounds. He’s ably assisted by elite guest musicians including Hackett himself, Nick Beggs, Roger King and other Revisited alumni. Then there’s The Flower Kings’ Roine Stolt and Jonas Reingold, plus drummers with Jethro Tull, Spock’s Beard and Big Big Train on their résumés.

Having now literally given up his day job, Sylvan’s gone all-in here. Yes, he’s made records for years, both solo and as part of Agents Of Mercy (with Stolt and Reingold) and Unifaun – not to mention the Hackett work – but he now belies his glam-fop image (and the album’s goth-tastic cover) to get serious. The concept, he’s said, involves his persona ‘The Vampirate’, and we’re “invited on board his great ship”, where the widow of the title – a Bergman-esque symbol of death – is relentlessly courted. Dark (subject) matter, but presented with light and shade.

Structurally, these theatrical songs amaze. From the opening fillip *Carry Me Home *through the mesmerising, meandering title song, from the gently rising Where The Martyr Carves His Name to the archly affecting, Kate Bush-influenced Ship’s Cat, this is sumptuous sailing. Stunning centrepiece To Turn The Other Side is about four years long, with never a wasted moment. Go mad for Nad.