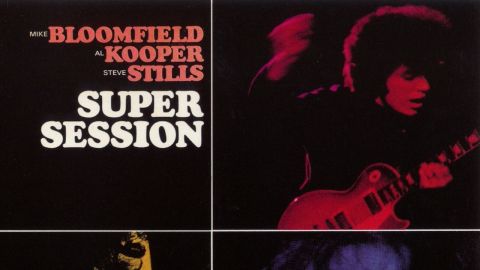 In a new sleevenote for this edition, Kooper explains that Super Session came to be when he felt not quite ready to make a solo album. Indeed, the organ-meister’s weedy vocals on Dylan’s It Takes A Lot To Laugh and Donovan’s Season Of The Witch are a big part of why Super Session is more notable for its historic significance than its actual content.

But as an artist doubling as Warner’s A&R man, Kooper pulls off a coup: Stills and Bloomfield – two great fretboard virtuosi – are given room to stretch out. Chicago’s Bloomfield, Dylan’s favourite ever guitar accompanist, is in particularly spectacular form. Even on the basically formless, of-its-time, Eastern-accented Holy Modal Majesty, Magic Mike’s terse lines and keen dynamic sense prevail.

Sadly, although then in his vocal prime, the Atlantic-contracted Stills doesn’t get to sing (apparently Kooper feared legal repercussions) but his intense, wired soloing on …Witch compensates. Neither do he and Bloomfield ever appear together, but Kooper’s new mix is certainly an improvement over the previous issue.