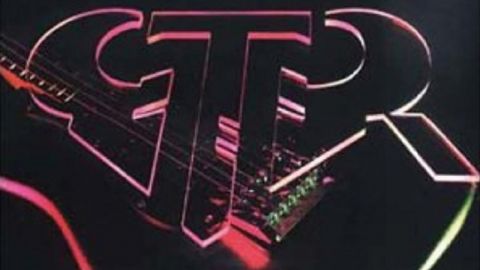 The teaming of Steves Howe and Hackett to form GTR was an intriguing one. Howe had left Asia shortly beforehand and Hackett had been continuing his post-Genesis solo work.

Logically, the pairing should have pursued an overtly progressive direction, true to their reputations. But given the era of the release, it relied more on standard-issue 80s rock and would unexpectedly propel the band into the mainstream. Certainly the album’s hit single, the effortless pop rocker When The Heart Rules The Mind, is strongly reminiscent of Asia, and also hinted at the direction Yes were taking at the time. The press weren’t universally appreciative of the album. GTR took its name from the abbreviation for guitar commonly written on that instrument’s fader on the recording studio desk, and one waggish writer delivered a mocking put-down, brusquely dismissing the recording as “GTR-SHT” (a concise review probably inspired by the fabled fictional, two-word review of Spinal Tap’s album Shark Sandwich…) And yet when reappraised some three decades later, Howe and Hackett’s hook-up doesn’t justify such harshness, even if the remainder of the album doesn’t match the incisiveness of that hit single. Written by Asia/Yes keyboard player Geoff Downes, The Hunter is alluring though, and the blistering instrumentals Hackett To Bits and Sketches In The Sun add welcome variety. There are, however, flaws, with the vocals of Max Bacon occasionally straining and a production that often stifles the music. The latter is brought into stark relief when comparing the studio tracks to the live performance from a 1986 show, which makes up the second, bonus disc here. Both Jekyll And Hyde and Reach Out (Never Say No) are free of the claustrophobia of the originals, and the inclusion of Roundabout and I Know What I Like show this sadly short-lived duo were at their best together in the live arena.