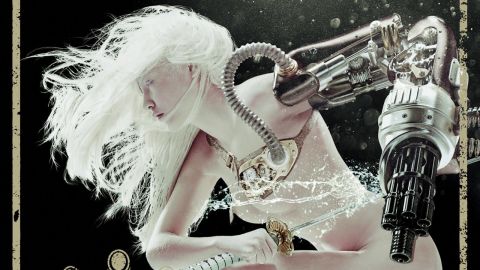 One of the modern metal's most intriguing and adventurous collectives, Chthonic have, on occasion, been rather suffocated by their own (admirable) sense of ambition, with their stylish fusion of melodic black metal, Taiwanese folk instrumentation and symphonic orchestration lacking a certain clarity and definition.

Bú-Tik, however, marks the point at which the quintet’s sense of drama and scale coalesces perfectly with taut songwriting and career-best performances to stunning effect.

A loosely connected widescreen drama revolving around themes of protest, activism and armed struggle spanning centuries of Taiwanese history, the collection is fascinating in both concept and execution, with frontman Freddy Lim painting vivid pictures of a tumultuous, oppressive political landscape riven by tyranny, treachery and violence. The driving Sail Into The Sunset’s Fire and the furious Rage Of My Sword best exemplify Chthonic’s newfound confidence and accessibility, but Bú-Tik is a captivating, cohesive, fiercely intelligent and wonderfully immersive experience throughout.

Once patronised for their ‘otherness’, in 2013, with all traces of novelty stripped away, Chthonic sound brighter, bolder and better equipped than ever to connect on a truly international scale.