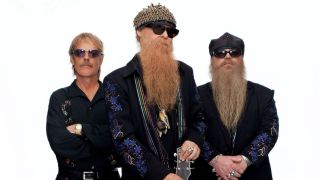 In 2011 the guitarist admitted: “The band is wondering, ‘When is this thing? When do we hear it?’” Previously, Graham Nash had accused the producer of ruining an abandoned Crosby, Stills And Nash album, while Slipknot’s Corey Taylor said he’d never work with the producer again.

Now Gibbons tells Shepherd Express: “Rick is in no way going to get set into motion, when it may be hasty or hurried. He really is sincere when he works with any artist.

“Rick said, ‘Let’s keep working on it until it’s right.’ You find yourself returning to a particular track — it may be months tucked away in the can — and you say, ‘Let’s come back to that.’”

He admits Rubin’s approach presented issues, saying: “It can be challenging to listen to the same song for two hours and then say, ‘I want to sing it again.’ Then you say, ‘Would this word be better here? Let me sing it again.’ After a full day you’re just toast.”

But he adds: “I really think Rick is one of the rare individuals who’s willing to let the material develop and reach a logical zenith.”

Gibbons hints that the follow-up to La Futura won’t take nine years. He says: “We’re looking at a lot of the material that remains unreleased that was created during those sessions with Rick. There’s a lot of good stuff laying around.”

Rubin has worked with many of the biggest names in rock and metal. Tony Iommi spoke highly of the production on acclaimed Black Sabbath comeback album 13, but said of Rubin: “What a strange guy.” Slayer last year ended their long association with the producer ahead of starting work on what will be their 11th album.

ZZ Top were forced to cancel a number of US dates last year when bass player Dusty Hill was injured in a fall aboard the band’s tour bus.