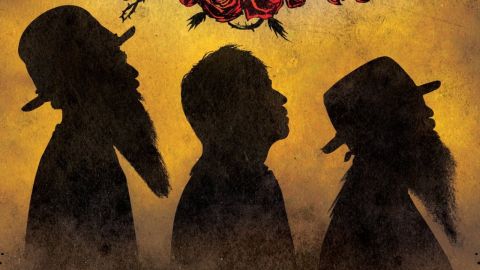 After nine years of nuthin’ – and considerably more since their MTV-driven hit single hey-day – the news that Rick Rubin was producing ZZ Top was cause for celebration. Famed for back- to-basics salvage jobs on the likes of Johnny Cash, Metallica and others, Rubin’s method and mores are clear: no messin’, no fuss, just stripped-down music that allows the artist’s original quality to show through.

What a surprise, then, to hear the first fruits of their labours: single and album opener I Gotsta Get Paid, a bruising cover of an obscure Texan hip-hop track turned into a monolithic statement of intent.

Here was 21st century ZZ Top, still taking their cue from black underground music and turning it into something unique. It’s the blues chopped and screwed, a perfect blend of hip-hop rhythms and rock crunch that is surely one of the songs of 2012.

If the rest of La Futura isn’t as radical, it’s no less enjoyable, from the arch slow-blues of Over You (does he want to get over her emotionally, or just climb over her to get out of bed?) to Chartreuse’s cheeky resurrection of the riff from Tush and Consumption’s throbbing sci-fi blues.

A cut’n’shut of Sharp Dressed Man and Spirit In The Sky, its lyrics (‘Have another bottle/ Make me who I wanna be’) hint at the dark side to ZZ’s party-hearty public image.