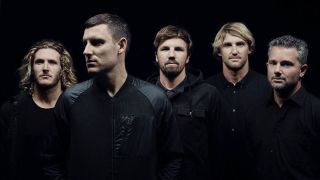 Australian metallers Parkway Drive have announced they will be releasing a documentary film entitled Viva The Underdogs in January 2020.

The film will be shown in Australian cinemas on January 22, with information on a wider release to follow.

The Aussie quintet formed in 2002 in Byron Bay, New South Wales and have gone from strength to strength in the past decade, reaching number one in the Australian charts with Ire back in 2015, debuting at number two in the Current Rock Albums and Current Hard Music charts in the US with latest record Reverence and headlining festivals like Wacken, Hellfest and Bloodstock.

Viva The Underdogs features over a decade of behind the scenes, personal footage of the band on tour, giving fans an honest, candid look at their journey from metal's "underdogs" to headliners of the world's biggest festivals.

Vocalist, Winston McCall explains: "For over 15 years we have stayed true to ourselves in a world of extremes. We are not the story of shooting star superstardom, we are not the overnight breakout success, we will never be viral and we sure as hell won’t break the internet.

"But we have a vision, and we have lived for it, worked for it, bled for it, grown for it and broken for it. We have sacrificed everything and compromised nothing. This is an honest insight into what it takes to survive as the underdogs. Thank you for being part of the story”.

Watch the trailer below: