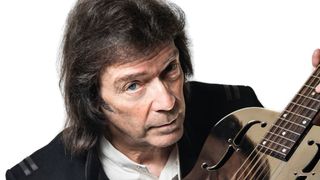 Steve Hackett has been releasing a series of small clips on his YouTube page to entertain his fans while we're stuck at home due to the Covid-19 outbreak.

"I know most of us are stuck at home because of the virus," says Hackett. "So I thought I might do a series of short videos to try and cheer you up."

Most recently he's turned his hand to the Genesis track Horizons, which of course precedes the mighty Supper's Ready on 1972's Foxtrot album.

Former Genesis singer Ray Wilson has also been recording material for fans, including the Genesis song Fading Lights as well as some of his own solo material.