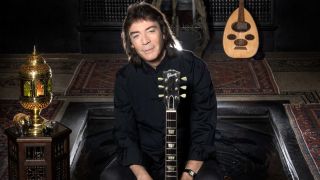 Former Genesis men Steve Hackett and Ray Wilson have taken to You Tube to entertain their fans.

With the live option taken away from them, many musicians are taking to the internet as both an outlet for creativity and to connect with their fanbase. "I know most of us are stuck at home because of the virus," says Hackett. "So I thought I might do a series of short videos to try and cheer you up."

Hackett appears via his Hackett Songs YouTube channel, "at home, with the acoustic" playing a series of improvised classical guitar pieces, which you can watch below.

Former singer Ray Wilson has also taken to his own You Tube channel to perform for fans. Among the songs Wilson has put up are a cover of Genesis' Fading Lights. Wilson recalls being in an interview with Tony Banks, who penned the song, saying he had a feeling it would be the last thing they would ever do with then vocalist Phil Collins. Yesterday Wilson performed Change from his first solo album. You can watch both below.