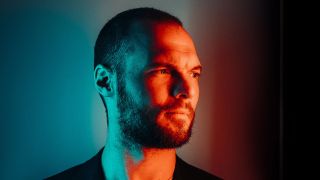 Voyager guitarist Scott Kay has recorded a progged up cover of Australian electronic duo's Hermitude's The Buzz. Kay has hooked up with emerging Perth singer-songwriter Bronte on the new version. You can listen to the cover below.

“I remember hearing this tune in 2015 and loving the vibe and the drop," Kay tells Prog. "I thought to myself; this would make for a sick modern progressive metal cover because of the grooves in it, and so after some tinkering and coming up with a couple of riffs, here we have it!

"Hermitude are an electronic duo from New South Wales, and have produced a pretty eclectic mix of tunes, which I really enjoy. They made pretty big waves with their album Dark Night Sweet Light, of which The Buzz was one of the bangers from it.”

The Buzz has been mixed and mastered by Matt Templeman, who worked with  Voyager on their latest album Colours in the Sun.