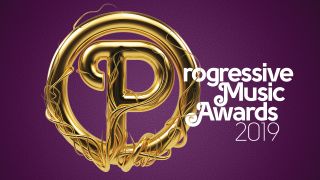 The Progressive Music Awards are back at London’s Underglobe, beneath Shakespeare’s Globe Theatre, on September 12. The event, now in its eighth year, acknowledges the very best progressive artists, releases, events and musicians from the last 12 months.

Vote in the 2019 Progressive Music Awards.

“As usual, it was a tough process to whittle down what starts as a long list for every category into a shortlist of 10 nominees,” says Prog Magazine Editor Jerry Ewing. “The Album Of The Year alone had us agonising over who made the final list, such is the quality of progressive albums released in the last 12 months.”

This year, there will be eight categories in which you, the Prog readers, can make your voices heard. These include Video Of The Year, Album Of The Year, Best International Band/Artist, Best UK Band/Artist and Limelight, which showcases the best up-and-coming bands.

In addition to the reader-voted categories, there are a further seven awards, which are chosen by prog insiders. These include the Outer Limits, Chris Squire Virtuoso and Industry VIP. This year there’s also a new award for Classic Album.

“It’s a special year for us,” adds Ewing. “The magazine is 10 years old this year, and we’ll have released 100 issues by the time the Awards comes around. We thought it would be nice to start honouring some of the prog world not just for their own individual prowess, but for some of the most amazing albums that have been made in the history of music.

"As always, the magazine staff always get very excited when the issue to announce the nominees is printed. This year is no exception. The double anniversary means we want to make certain this year is one that no one forgets.”

We will be announcing the host, live entertainment and the mighty Prog God over the next few issues and we’ll also be bringing  you live coverage of the event on the night via the Prog Magazine website. Keep your eyes peeled for Prog’s souvenir issue as well, which goes on sale on October 25.

Vote in the 2019 Progressive Music Awards.