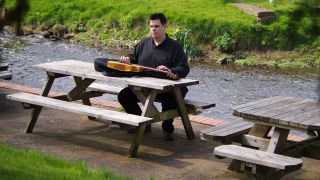 The gig is scheduled to take place at the city’s Borderline on May 11 and comes ahead of his appearance with Camel on their tour of Japan later the same month.

Jones has also provided lead vocals on Red Bazar album Tales From The Bookcase, which will be released on March 15 via White Knight Records.

A message on Red Bazar’s Facebook page, which Jones shared, says: “As you’re probably aware, Peter Jones is not one to sit around doing nothing all day. For the last year or so he’s been working tirelessly with the guys from Red Bazar and they have produced something quite special.”

Further details on Tales From The Bookcase will be revealed in due course.