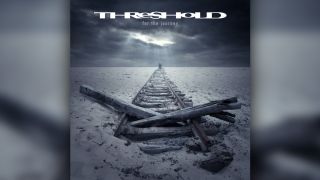 Treshold have streamed 10th album For The Journey in full with TeamRock, ahead of its release.

The follow-up to 2012’s March Of Progress is launched via Nuclear Blast on Monday, September 22 (and in the EU on September 19, and the US on September 30).

Frontman Damian Wilson recently told Prog that the band were working together better than they ever had before, saying: “We’ve become really good friends – we seem to care a lot about each other and we’ve become really close. So we thoroughly enjoy making music together.”

Keyboardist Richard West has described the eight-track title as “one of our strongest albums, and one of the most enjoyable to make.”

For The Journey is available for pre-order now. Threshold play the O2 Islington Academy, London, on November 20, then the Live Rooms, Chester, on November 21.