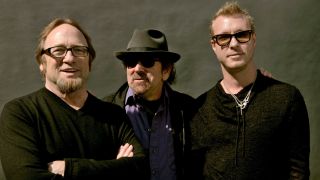 He teamed up with Stephen Stills and Barry Goldberg for 2013 debut Can’t Get Enough after a one-off charity appearance proved fruitful. They’d previously said another studio release would take place.

“The record is great. It’s almost all new original songs that we’ve worked on, and I definitely think it’s an improvement on the last record. It defines the sound of the band.”

And he emphasises that the outfit are very much a collective, saying: “We do everything as a band – writing, recording. It’s a lot of fun.”

The Kenny Wayne Shepherd Band have been confirmed as opening act on Van Halen’s US tour in July. They return to the UK next week in support of 2014 album Goin’ Home: