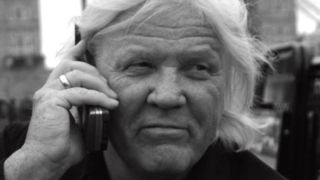 Tangerine Dream founder Edgar Froese has died at the age of 70, it’s been announced.

He passed away on Tuesday after suffering a pulmonary embolism – a blockage in the artery that transports blood to the lungs – but news of his death was only made public this evening via the band’s Facebook page.

A statement reads: “On January 20th, Tuesday afternoon, Edgar Froese suddenly and unexpectedly passed away from the effects of a pulmonary embolism in Vienna. The sadness in our hearts is immense.

“Edgar once said, ‘There is no death, there is just a change of our cosmic address.’ Edgar, this is a little comfort to us.”

Froese formed Tangerine Dream in 1967 and released their debut Electronic Meditation in 1970. That sparked a rush of creativity, with the band releasing 10 more albums in the 70s, including classics Zeit, Atem, Phaedra, Rubycon and Ricochet.

Froese continued to release material on a regular basis throughout his career, and the band issued a wide range of albums, singles, compilations and EPs. Their last studio release was 2014’s Chandra – The Phantom Ferry Part II.

Froese is survived by wife Bianca Acquaye and son Jerome.