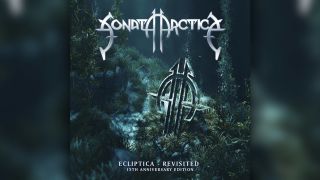 Sonata Arctica have released a stream of their new version of Kingdom For A Heart, taken from Ecliptica Revisited: 15th Anniversary Edition.

Due out on October 24 via Nuclear Blast, it’s a complete rework of the band’s 1999 record. The idea came about when they realised only singer Tonny Kakko and drummer Tommy Portomi remained from the lineup of that time.

Keyboard Henrik Klingenberg recently said: “We’re definitely not trying to rewrite history. The new version is more of a tribute and an update on how the songs sound when played by our current lineup.”

_Kingdom For A Heart _is available as a single now.