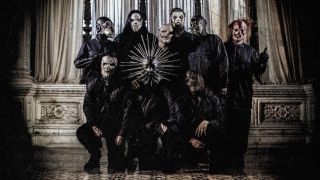 The US Army has issued a memo banning rock and metal from being played at a military command post in Washington State.

The document came to light via the US Army WTF! Moments Facebook page in a heavily redacted form. It reads: “Effective 14 February 2017, the following bands will no longer be allowed to be played at the CP. This applies to all times, not just work hours.”

It then goes on to name the five bands.

US Army WTF! Moments spokesman Mike Trysom confirmed the letter is real – but it might not be as serious as first thought.

He tells The Huffington Post: “The term ‘real’ depends on your outlook,. Do we really think this commander signed that memo as a lawful order? No, not at all. It was likely a joke or a prank he played on one of the platoons under his command.

“The memo is valid and in the right format– some of our commenters are not as smart as they think they are.”

In November last year, Canadian police constable Rob Hartlen issued an apology to Nickelback after making a light-hearted threat that anyone arrested for DUI would be made to listen to the band on their way to jail.

He said: “At the time I thought this was a great idea, all pure intentions. As we have seen, our little post became an international story.

“Somewhere in the noise the message ‘Don’t drink and drive’ was overshadowed by negativity towards the band.”