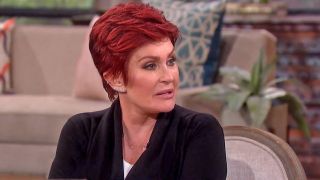 Sharon Osbourne has revealed she’s been struggling with depression for 16 years.

Sharon said during an edition of her TV chat show The Talk: “16 years I’ve been on medication. Some days are better than others. Some days you feel like you just want to pull the sheets over your head and not do a damn thing – except rot.”

Meanwhile, husband Ozzy will also pick up the Global Icon gong at the MTV European Music Awards in Glasgow this weekend. He recently revealed Black Sabbath’s next album and tour would be their last, and later added that drummer Bill Ward’s potential return to the band would be down to Sharon.