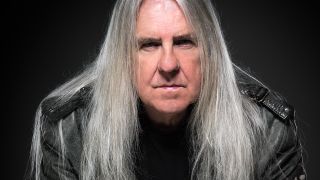 Biff Byford has released a video for his new single School Of Hard Knocks.

It’s the title track from the Saxon frontman’s upcoming solo album, which will launch on February 21 through Silver Lining Records and follows Welcome To The Show which arrived back in October.

Biff says: “The title track to the album is basically biographical about my early years. Have a listen to the lyrics. I hope you like it.”

As for the themes running through the record, Biff adds: “With this album I’m singing about my past, of course, and about things I like. But mostly I wanted it to reflect me, my personality and my life.”

Prior to that, Biff and his Saxon bandmates will play four shows which were postponed earlier this year due to the singer’s heart surgery.