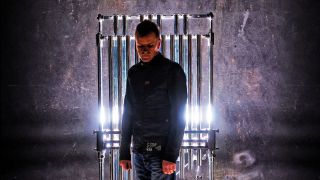 The duo recorded a version of the traditional Sussex Carol, featuring Penning on woodwind and Magenta mastermind Reed on other instruments.

He tells Prog: “Les Penning is heard in every shop and on the radio this time of year because of his collaboration on Mike Oldfield’s In Dulci Jubilo, the catchy Christmas instrumental, that’s played on rotation with Slade and Wizzard.

“Loads of people hear his work every year and whistle along, but he goes unnoticed and doesn’t get the appreciation he deserves. I met Les to arrange for him to play on my album Sanctuary II. We came up with the crazy idea of doing the song in three days, as it was getting close to Christmas.”

The resulting track is available via Bandcamp for a limited period. Reed, whose solo album Sanctuary is a personal tribute to Oldfield, will release the follow-up in March. He also recently unveiled his latest project, Kiama.