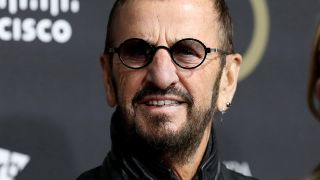 Today, Ringo Starr celebrates his 80th birthday – and the former Beatle will mark the occasion with a live stream later tonight.

Proceeds from the show will go towards Black Lives Matter, The David Lynch Foundation, MusiCares and Wateraid – all through Ringo’s Lotus Foundation.

Ringo tells the BBC: “I’ve asked several of my friends to either send me footage from a show they've done and I'm using some of mine from the All-Starrs last year and I'll be there introducing.”

Ringo released his latest album What’s My Name in October last year and also launched  the book Another Day In The Life through Genesis Publications.

The third in his series, which began with Postcards From The Boys in 2003 and continued with 2013’s Photograph, features a look at the world through Ringo's eyes and includes photographs and moments from throughout his career.