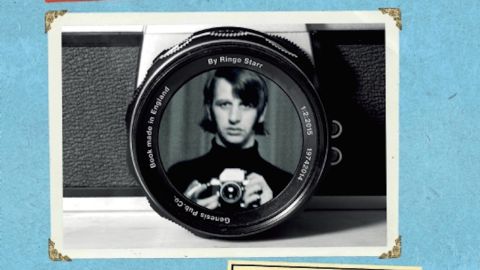 Ringo points out that in most of the Beatles-era photos here, the band members are holding drinks, cigarettes and cameras. “That’s just the way it was.”

No other snapper got up close and personal like their drummer, who was in John, Paul and George’s faces as they recorded, travelled, played Monopoly, larked around in swimming trunks, pulled comedy Elvis poses and ate toast.

The four lived on the road in two rooms for years: he had access all areas. “These are shots that no one else could have,” he’s stated correctly.

In pictures and (15,000) dry, jovial words, this covers Starr’s childhood, time in hospital, first drum kit, cars and girls, the Merseybeat scene and those Beatles years, through to the All-Starr Band; from obscurity to hyper-stardom; “from Pwllheli to Delhi”. Royalties go to the Lotus Foundation.

Beatlephiles will be thrilled that he found these monochrome memories in some cardboard boxes.