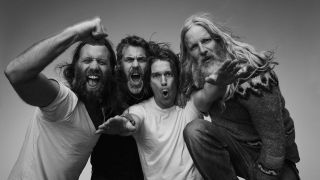 Reef have released a cover version of the gospel hymn How I Got Over, originally made famous by Aretha Franklin Mahalia Jackson. The single is the follow-up to 2014’s self-released Barking At Trees, and precedes a live album, Reef: Live At St Ives, which will be released on March 11.

The single was produced by long-term collaborator George Drakoulias, while the album was recorded last October during two shows at St Ives Guildhall.

The band have also added six dates to their forthcoming tour, which kicks off in March. Full dates below.