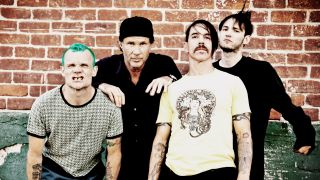 The song is lifted from the band’s upcoming album The Getaway, due out on June 17. It can be pre-ordered via their website.

The band confirmed in March that they were mixing the follow-up to 2011’s I’m With You in collaboration with Nigel Godrich from bassist Flea’s supergroup side-project, Atoms Of Peace.

Drummer Chad Smith posted a photo with the caption, “Starting mixing the new record today. Nigel Godrich at the helm.”

The band have scheduled a run of shows over the coming months, including a headline appearance at the Reading and Leeds festivals in the UK in August.