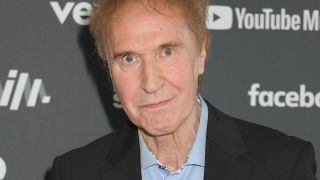 In July this year, Dave Davies confirmed that he and brother Ray Davies had been working on new material for a potential Kinks album.

He told Rolling Stone: “The songs are really just in demo form now – but good demos. Ray is still dissecting various other material we might use. The intention is to get the work out, but it’s not a done deal.”

Now Ray has given an update on how work has been progressing over the last couple of months in a new interview with Rolling Stone.

Ray says: “Dave and I are having a collaboration on a few songs, which will be a first. I’ll be like, ‘Here is the chorus, you write verse two.’ I’m trying to keep the energy flowing, and I really want Dave involved creatively.”

Ray also reports he’s still confident of bringing Kinks drummer Mick Avory back into the fold – despite the strained relationship between Avory and his brother.

He says: “It was a childish spat. I got them to say ‘hello’ last year. I want to get them in the studio together. I’m calling it ‘Project Kinks.'”

As for the bass position which has been left empty since the death of Pete Quaife in 2010, Ray says he’s yet to speak with John Dalton, who played with the band from the late 60s until 1976.

“I did see him last year and I might reach out soon, perhaps November,” he says. “Dave also has a couple of guys in mind that he likes.

“Right now, though, the songwriting comes first. This is a song project and keeping it in the family is something to enjoy.”

Speculation about a possible Kinks reunion had been thought more likely in recent years after Ray made a guest appearance at Dave’s solo show in December 2015, performing the classic track You Really Got Me.

The pair had previously ended their two-decade feud by meeting and playing music together in 2014.

On October 25, a 50th anniversary edition of the Kinks' Arthur (Or The Decline And Fall Of The British Empire) will be released. It will include a stereo remaster, a selection on bonus tracks along with bonus demos and more.