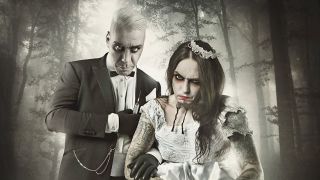 The duo will go by the name Lindemann, although further details remain sketchy. The group’s official Facebook page is short on information, but Raubtier singer Par Hulkoff says on his own band’s Facebook page that Lindemann’s music “blew my mind.”

Last year, Rammstein guitarist Richard Kruspe hinted that his involvement with the band could be over. He told TeamRock: “Rammstein has been such a big part in my life, or had been, but there’s so much more I want to do in life.

“People aren’t selling records, so they have to go out there to make money, like the Rolling Stones. I would love to see Rammstein not make the same mistake. Leave it as it is, in the way of good memories.”