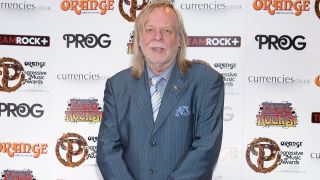 Rick Wakeman says he, Trevor Rabin and Jon Anderson decided it was the right time to move their collaboration forward following the death of Yes bassist Chris Squire.

The project has been in the pipeline since 2011, with Rabin initially telling Prog that the three former Yes members were planning on doing an album together. And last week it was confirmed that work was underway and that they’d tour together.

Now Wakeman has shed further light on the project.

Wakeman says on his website: “Jon, Trevor and I have been talking about this for some time and following the very sad passing of Chris Squire, felt it was the right time to get together and produce both new music and perform some of the classic material as we feel it should be performed.

“We have no connection with any other former members and indeed intend this to be very fresh in every approach.”

He reports that they’ll have a selection of “experienced side musicians” working with them and confirms the outfit will be managed by former Yes boss Brian Lane, who also brought Anderson, Bruford, Wakeman, Howe together in the late 80s.

Wakeman adds: “We are already writing new material and swapping ideas back and forth and what I’ve heard so far is quite amazing. Very fresh, full of life, energy and melody. I have sent stuff to Jon and Trev who will hopefully add some great ideas on top of my ideas.

“The plan is to play a few festivals in the summer and then to tour fully in 2017.”

Further details will revealed in due course.