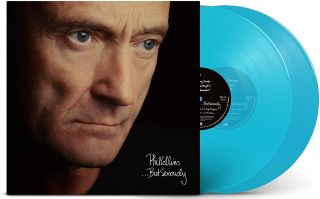 Phil Collins’ fourth solo studio album …But Seriously from 1989 is to be reissued next month to mark its 30th anniversary.

The new version will be released on November 22 through Rhino Records and will be limited to just 1000 double LP sets, with the 12-track follow-up to 1985’s No Jacket Required pressed on turquoise vinyl.

The album hit the no.1 spot in 16 countries, spending 15 weeks at the top of the UK charts and four in the US.

It spawned the singles Something Happened On The Way To Heaven, Another Day In Paradise, I Wish It Would Rain Down, Do You Remember, Hang In Long Enough and That’s Just The Way It Is.

Over the last few years, Collins has reissued his solo back catalogue with expanded tracklists, remastered audio and new album artwork.

The turquoise vinyl version features the same audio and artwork as the 2016 release.

Phil Collins: ...But Seriously
...But Seriously will be reissued in November on turquoise vinyl to mark its 30th anniversary. The smash hit record features tracks including I Wish It Would Rain Down and Another Day In Paradise.View Deal

Side B
4. Something Happened On The Way To Heaven
5. Colours
6. I Wish It Would Rain Down