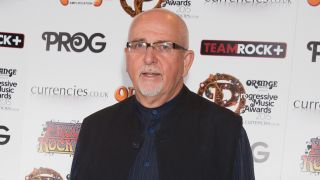 Peter Gabriel has paid tribute to tragic MP Jo Cox who was killed in her West Yorkshire constituency this week.

Cox, 41, was shot and stabbed after holding a surgery in Birstall yesterday (June 16) and a 52-year-old man, named locally as Tommy Mair, has been arrested.

Former Genesis man and prog icon Gabriel met Cox two years ago before she became an MP and recalls her striking him as “a potential leader” who could inspire those she came into contact with.

Gabriel says: “We have been robbed of a potential leader, a wonderful mum and a soul that could both listen to and inspire those with whom she came into contact.

“I can’t bear to think of her family and the terrible loss they now have to face.

“Two years ago when she was thinking of trying to become an MP, she and I were amongst a small group of people invited by Ricken Patel and Avaaz to take part in an intense week’s leadership training led by Robert Gass.

“I was by far the oldest person there and I found all the other participants really inspiring, they were all young passionate optimists and had all made making the world a better place their life’s work.

“I had quite a few far-ranging conversations with Jo, played with her kids and was amazed at how she was able to be an attentive and loving mum and at the same time take the deep dive the course was taking us on.

“She had lots of dreams of creating a more just world in which human rights were respected, poverty could be eradicated and in which opportunity was not determined by where you were born or who your parents were.”

He continues: “She was determined, passionate, open, always ready to listen, humble, generous with a mischievous sense of humour.

“In that week she was testing herself out with us, to get some feel of just how far she might go. It was exciting to see her begin to trust her own capabilities and get a real sense of what she might be able to achieve.

“You knew she was always motivated to serve others, not herself, and it felt that in that time on the course, she decided not to limit herself or listen to the voice of doubt, but to trust her heart. None of us were surprised to see her elected.”

Cox formerly worked with Oxfam and has been described by the charity as “passionate advocate on humanitarian issues.” She had been campaigning for the UK to remain in Europe ahead of the upcoming referendum. It’s been reported she was shot up to three times and stabbed repeatedly by a man who allegedly shouted “Britain first” during the assault.

She became head of humanitarian campaigns for Oxfam International in New York in 2007 and she met her husband Brendan while working for the charity. She is survived by Brendan and their two young children.