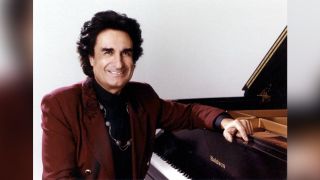 And while he’s also made some titles available as single CDs, several are only available in his Box Collection.

It comes complete with a card, designed and signed by the former Yes and Moody Blues keyboardist.

Moraz teamed up with drummer Greg Alban for the release of their Moraz Alban Project earlier this year.