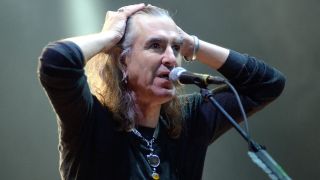 New Model Army have announced their 14th studio album will be titled Winter.

It’s set for release at the end of August, with the band to announce a launch date, tracklist and artwork in due course.

In addition, Justin Sullivan and co have revealed the first live dates in support of the record, with more to be added in the future.

A statement reads: “For now, the band remain tight-lipped about its contents – except to say that they’re really looking forward to getting out and playing it live.

“So here’s the first part of the tour – obviously there are many countries and cities not on this list that we are looking to include as the tour continues in 2017.”

Winter will be the band’s first material since Between Wine And Blood. The 2015 release featured live cuts from their 2014 album Between Dog And Wolf along with six new tracks.