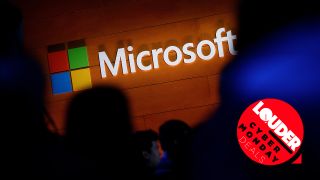 The Cyber Monday sales are in full swing, with Microsoft the latest big name to get in on the fun.

They’ve slashed prices across a range of products in both the US and the UK – and that means big savings on Xbox One games consoles, laptops, their Surface Pro and accessories.

We’ve sifted through the offers and have hand-picked some of the very best deals that Microsoft are currently offering. So take a look at some of the choices below.

Platinum Surface Pro 7 + Pro Type cover: Was now $999
This Surface Pro with 12.3-inch HD touchscreen features the 10th Gen Intel Core i5 and there’s a huge saving on this bundle right now. You can up your total savings to $429.99 when you add a Surface Pen for $99.99 at checkout.View Deal

Xbox One S 1TB Console – Starter Bundle: Was now $199
Save $100 on this Xbox One S bundle right now through Microsoft. It comes with the console, a download code for Anthem, an Xbox Wireless Controller, 3-month access to Xbox Game Pass - featuring scores of top games - and 3 months of Gold membership.View Deal

Samsung Galaxy Watch: Was now $249.99
Microsoft are offering customers $80 off the list price of the Samsung Galaxy Watch. It’s durable, is resistant to water up to 50 meters and is compatible with a wide range of apps. Not only that, but it looks great too. View Deal

Surface Pro 7: Save up to £240
The Surface Pro 7 starts from £649 thanks to Microsoft’s UK Cyber Monday deal. Available in both Platinum and Black, the 7 with 12.3-inch touchscreen is the ideal device to take with you – whether for work or play. View Deal

Save up to 50% on over 550 Xbox games
If you've just purchased a new Xbox, you'll be looking for something to play. Luckily, Microsoft are having a mega sale on 550 games - and that means savings on titles including Red Dead Redemption 2, Borderlands 3, Mortal Kombat 11 and a selection of the Assassin's Creed titles.View Deal

Surface Headphones: Were now £199
A fabulous saving on this cracking pair of cans which sound great whether at home or on the morning commute, thanks to active noise cancellation, bluetooth connectivity and on-ear touch controls.View Deal

Amazon.co.uk - new Black Friday deals every day
Adidas.co.uk - save up to 50%
AO.com - Black Friday deals on appliances are live now
Argos.co.uk - top savings on toys, TV and more for Christmas
Boots.com - save up to half price on selected items
Carphone Warhouse - early Black Friday phone deals
Converse - save 20% off Chuck 70s.
Currys.co.uk - Black Tag sale is now on
DNA Fit - up to 40% off DNA test kits
Dr Martens – Black Friday offers coming soon
EMP - for merch and rock'n'roll clothing. Save £20 on orders over £85
Etsy – original and collectible gift ideas
Firebox - crazy gift ideas and the world's smallest turntable
Google Store - a boatload of deals - including £70 off Pixel phones
Halfords - 20% off dash Cams, electric scooters and way more
I Want One Of Those.com - daft gifts and cool tech
John Lewis - Get great warranties with John Lewis' Black Friday offers
Lovehoney.co.uk - up to 50% off sex toys and more
Marshall - Black Friday sale coming soon
Mobiles.co.uk – cheapest mobile phone deals
Nike.co.uk - up to 30% off full price items
Nixon - home of the Metallica watch
PureScooters.co.uk - up to £500 off electric scooters
Simba Sleep save up to 40% on mattresses for Black Friday
Superdrug - top Black Friday deals at Superdrug
Townsend Music - Up to 75% off CDs and Vinyl
Very.co.uk - big savings on tech and more