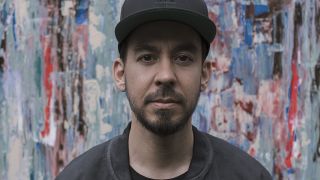 The Linkin Park multi-instrumentalist and singer created the album on streaming platform Twitch, taking suggestions from fans and then recording the songs. The record – his first since 2018’s Post Traumatic – will launch on July 10 through Kenji Kobayashi Productions.

Shinoda says of the album: “Dropped Frames is just as much about the live channel as it is about the ‘album’. The collection of songs is a highlight reel of the tracks I make on the channel, but a big part of the experience is the stream itself.

“When I start, I usually have very little idea of where it will go. What comes out is a product of the viewers’ suggestions, my spur-of-the-moment ideas, and whatever inexplicable magic is floating in between.”

Further album info will be released in due course.

In March this year, Linkin Park reported they would be celebrating the 20th anniversary of their debut album Hybrid Theory throughout the course of 2020, and called on fans to help them mark the milestone by asking for everything from ticket stubs to video and pictures of the group.