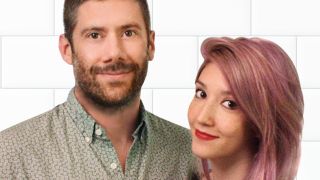 Limp Bizkit guitarist Wes Borland will star in a reality TV show which focuses on his restoration of a house in Detroit, Michigan.

Borland and his fiancee Carre Callaway appear in Sight Unseen, which makes its debut on the DIY Network in North America tonight (Wednesday, July 13.)

Borland and Callaway – who work together in their band Queen Kwong – bought the house as a “fixer upper” and were followed by the DIY Network’s cameras throughout the process.

Callaway tells Entertainment Weekly: “We already decided to move to Detroit. I guess the idea was we wanted to buy one of the houses in the historic neighbourhood, and we had no background really with taking on such a large renovation project.

“This show we thought would really help expedite the process so that we would learn a lot from it.

“We wanted to leave LA and we were considering a few different places, and we just felt that Detroit was the right choice. We don’t have any ties here and we didn’t know anybody here, but we were really intrigued by the city and everything that is going on with it now. It has exceeded our expectations.”

Borland adds: “I love the TV. Music is a lot more on my schedule and TV isn’t on my schedule, so that takes a little adapting to.

“Music starts at three in the afternoon and TV starts at eight in the morning. I think for the most part it was good but a little overwhelming. I guess we didn’t think about the day-to-day process of, like, shooting the show and the production schedule and sleeping in the house, taking all that into consideration.”

The Confessions of Wes Borland