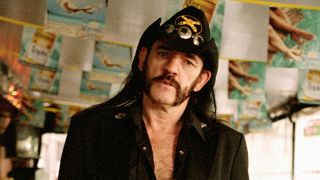 Lemmy’s memorial event in West Hollywood on Saturday is to be extended across the entire Sunset Strip, organisers have said.

It was announced following the Motorhead icon’s death on December 28, and was originally to take place at his spiritual home, the Rainbow Bar And Grill, between 2pm and 2am on January 9 (Saturday).

But operators say in an update: “Due to the overwhelming and supportive response to Lemmy’s memorial, we are now using the entire Strip to compensate for overflow.

“The Rainbow will close from 5.00 until 9.00 for a private service – however the Roxy and Whisky will remain open to accommodate those looking to show their respects during this time.”

Meanwhile, the race to place Motorhead classic Ace Of Spades at the top of the UK chart this week is heating up. The track is sitting in the No.9 position on the midweek listings.

Motorhead For No.1 campaigners say it’s likely that the main competition will come from pop star Justin Bieber. They add: “We’re slowly reeling them in. Buy a download then share the campaign to everyone. We can do this!”

Motorhead tour mates Saxon have announced alterations to their upcoming plans as a result of Lemmy’s death. Frontman Biff Byford reports: “We have to cancel our headline shows in Italy, Spain and Aberdeen for obvious reasons.

“We are at the moment putting together a headline tour for later in the year, so wherever we can the shows will be replaced in autumn. The show in Brighton will go ahead as planned. Thanks for understanding.”