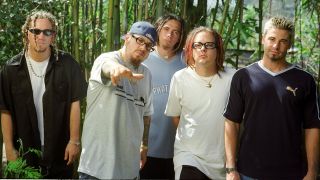 Korn have announced three special shows to mark the 20th anniversary of their 1998 album Follow The Leader.

The trio of live dates will take place in the US in September, with tickets going on sale from 10am PST on Friday (May 18).

The band will play The Masonic in San Francisco on September 12, the Hollywood Palladium in LA the following night and The Pearl Concert Theater in Las Vegas on September 15.

Meanwhile, Korn frontman Jonathan Davis will release his solo album Black Labyrinth on May 25 via Sumerian Records. He’s currently on tour across the US and will return to Europe this summer.