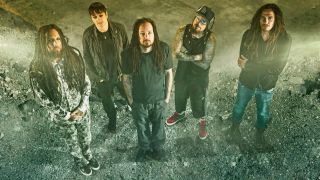 Korn, Megadeth, Motorhead, Deftones, Disturbed and Nightwish have been added to the bill for Download 2016.

They’ll join headliners Iron Maiden, Black Sabbath and Rammstein at the festival, which will take place at Donington Park on the weekend of June 10-12, 2016.

Friday, June 10 will see Korn and Motorhead take to the stage, while Saturday’s bill features Megadeth and Deftones. Disturbed and Nightwish have been confirmed for the Sunday.

Speaking about the headline acts, festival organiser Andy Copping said: “The mighty Iron Maiden back after another yet another no.1 album, the legendary Black Sabbath on their final tour and Rammstein, who blow me away every time I see them. Their headlining set at Download 2016 will make rock history.”

Tickets for Download 2016 are available via the official festival site with further artists to be announced in due course.