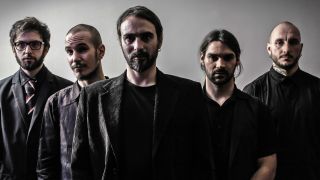 It’s taken from sixth album Here Comes The Sun, to be released via Pelagic Records on April 27.

The label describe the 12-year-old band’s latest work as continuing their drift away from their metal roots, saying: “2012’s The Dreamer’s Hideaway already showed more progressive outlines. This time, the band gives each melody time to unfold. This is where the strength of this album lies: coherence, patience, and continuity.

“Transitions between riffs and songs never feel rushed or forced – everything is happening at the right time, and for a reason. The music, the lyrics and the artwork reflect upon one another, and suck the listener into a universe revolving around the sun, which is the central theme of the album.”