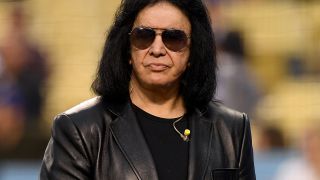 Kiss had to postpone their recent show in Salt Lake City after Gene Simmons was forced to have a “medical procedure” in Los Angeles.

The bassist and vocalist tweeted the news, but allayed fans fears by saying that it was “nothing serious.”

Simmons said: “Apologies to the fans in Salt Lake City. We will come back and do the show at a later date. The truth is, I have to fly to LA to do a medical procedure. Nothing serious. But it must be taken care of now. Thank you for your good wishes. All is well.”

The rescheduled show at Salt Lake City’s USANA Amphitheater will be announced in due course.

Kiss have been on their End Of The Road tour, which was due to wrap up its North America leg in Los Angeles on Friday evening. However, the show was moved to March 4, 2020, earlier this month due to “unforeseen scheduling issues.”

The band’s next stop will be in Australia, before heading to Japan for further shows later this year.

Last week, Kiss drummer Eric Singer was sworn in as an honorary corporal by the Wharton Police Department in Texas, with the musician taking his vow in full stage gear and make-up.