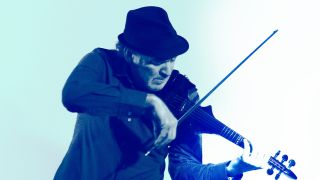 Entitled Starless Starlight, the eight-piece work is based on a melody Cross wrote for the original, which appeared on Red in 1974. Fripp recorded two improvised takes in 2006 and Cross has reworked them and added violin parts.

Cross says: “It’s a piece in which we all managed to express ourselves and get our personalities across. This little theme that Starless Starlight is based on has a kind of journey, and it emerges different but still surviving. I’ve always been very impressed with that.”

He continues: “Somehow the piece manages to embody some very simple ideas – quite romantic and sentimental, but at the same time angry and dark.”