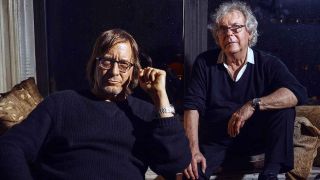 The multi-instrumentalist and producer, along with Honey West vocalist, guitarist and lyricist Ted Zurkowski, have opened pre-orders for a vinyl collectors’ edition of 2017's Bad Old World, which will be released on September 3 through Readout Records/The Orchard.

The new vinyl pressing will feature remastered versions of all 12 album tracks.

Every copy ordered from the official Honey West website will be autographed by McDonald and Zurkowski, while every collectors’ package will include a signed CD of the album along with excerpts from McDonald’s original production notebook as well as bonus production and liner notes.

McDonald says: “This is how Bad Old World was meant to be heard – on high quality vinyl.”

It’s also been announced that Honey West will celebrate the reissue with a special show at The Cutting Room in New York City on September 4.