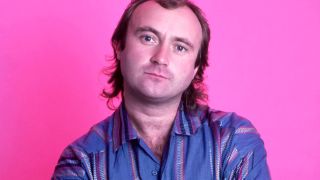 A Mexican church has unveiled the largest statue of the baby Jesus in the world… and it looks a lot like an 80s-era Phil Collins.

The New York Post report that the massive sculpture stands at almost 22ft tall and weighs 2000lbs and has been placed at La Epifania del Señor church in the Mexican state of Zacatecas.

Local priest Humberto Rodriguez says: “There is a space of between 26ftt between the ceiling and the floor and I ordered a statue measuring 21ft, but I never intended to make it the biggest baby Jesus statue in the world.”

As for the likeness to the former Genesis star, Rodriguez wouldn’t say.

It's reported that Rodriguez has contacted the Guinness World Records to claim the title.

Tomorrow (November 22), Collins will reissue his fourth solo album ...But Seriously to celebrate its 30th anniversary.

The new version will arrive through Rhino Records and will be limited to just 1000 double LP sets, with the 12-track follow-up to 1985’s No Jacket Required pressed on turquoise vinyl.

Phil Collins: ...But Seriously
...But Seriously will be reissued on turquoise vinyl to mark its 30th anniversary. The hit record features tracks including I Wish It Would Rain Down and Another Day In Paradise.View Deal