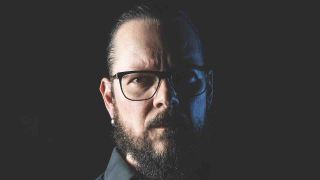 Ihsahn appears to be teasing new music, with the Emperor vocalist and guitarist uploading a short audio clip to his Instagram page.

The only piece of information to go along with the clip is the date July 17 – this coming Friday. This could indicate a new track or his new five-track EP which would follow Telemark which was released in February this year.

Speaking previously with Prog, Ihsahn said that while Telemark represented his heavier side, the as-yet-untitled companion EP would show his more progressive side.

He said: “The plan is to follow up this EP with its aesthetic and musical counterpart, wherein I can distil all those more progressive, experimental and mellow elements of my music.

“Ultimately, it’s all a means for me to get some of those ideas out of my system, giving myself space before I delve into the next album.”

Last month, Ihsahn revealed that he and Matt Heafy were continuing to work on the Trivium frontman’s long-awaited Mrityu project while in lockdown.

He said: “Me and Matt Heafy have been tracking some killer vocals. The current situation prevents us from travelling, but with this technology, it is almost like we’re in the same studio.

“Matt is absolutely killing it and we’re making great progress every session.”

The project first came to light eight years ago when Heafy was looking to explore his love of black metal.