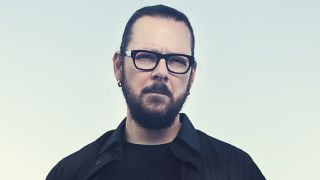 Ihsahn believes there would be no point in trying to make another Emperor album – because it would wind up sounding too much like his solo work.

The Norwegian band’s last release was 2001’s Prometheus: The Discipline Of Fire And Demise, but it was created almost entirely by the frontman.

They’ve since reunited on stage on a number of occasions, but he’s turned his attention onto his solo career, with sixth album Arktis arriving on April 8. Emperor guitarist Samoth is gearing up to launch an album by his own band The Wretched End.

Asked about the chances of another studio project, Ihsahn tells Metal Wani: “I get that a lot – but I don’t know if people know what they’re asking for.

“I ended up writing the last album on my own. I was kind of bound in this direction of going it alone. So if it was up to me to decide, Emperor would sound like this. This is how I write metal. This is my direction.”

Noting that he and Samoth are now “very far apart” in terms of music, he continues: “If people want a new Emperor record, what would they expect? They’d expect us to write music as if we were teenagers. You can’t really win.

“At this point I think it would be absolutely pointless. It would be a disappointment – it’s kind of an illusion.”

How Ihsahn is evolving metal