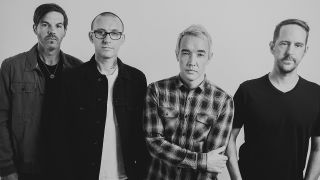 Hoobastank have announced that they’ll release a new studio album next month.

The follow-up to 2012’s Fight Or Flight is titled Push Pull and it’ll arrive on May 25 via Napalm Records.

Estrin says: “We’ve been doing this from day one because we love it. We didn’t do it for money or fame. It was our drug. Didn’t need anything more than that.

“This is still like summer camp for adults. But these days, even my mom asks if there’s a hit on the new record.”

Push Pull is now available for pre-order via PledgeMusic.